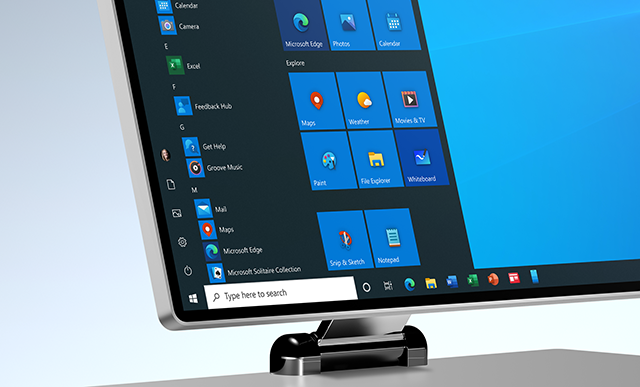 If you’re a Windows Insider in the Fast ring, you can update to the Insider Preview Build 19577 by going to Settings -> Update & Security -> Windows Update and checking for the latest update.

Change of Diagnostic Data in Parameters

As part of Microsoft’s initiative to improve data visibility and control, there will be some changes to the Settings application and Group Policy settings that will appear in Windows Insider builds starting this month. Basic diagnostic data is now called mandatory diagnostic data, and full diagnostic data is now optional diagnostic data. If you are a business customer and want to send additional diagnostic data, then more detailed group policy settings are also provided to configure the data that has been collected in your organization. Microsoft will release more detailed information about the new policies as we approach the release of the retail version. In the meantime, please refer to the Microsoft Privacy Report for more information about Microsoft’s data collection methods.

Note: Please ensure that your device is installed in “Full” before upgrading to the 19577 version. You will not be able to operate future flights if your diagnostic level is set to “Enhanced”. PCs connected to the AAD/domain and set to “Enhanced” are blocked from participating in the 19577 assembly.

Microsoft continues to implement updated icons for many applications built into Windows 10. In today’s version, the Windows Security Icon has been updated to reflect the new design principles presented here by the Microsoft development team. Unlike many apps built into Windows 10 that can be updated through the Store, the new Windows Security icon is updated through the operating system and will be available for future updates to Windows 10 Feature Update.

They continue to look for ways to improve the Windows 10 PC upgrade process for their clients. In January this year, Microsoft announced in its 19551 version that it would conduct an experiment to provide driver updates through Windows Update. During this experiment, drivers classified as “optional” will not automatically download and install on Windows Insider PCs from version 19536 onwards. To install new additional drivers for the PC participating in this experiment (including drivers for new devices that can be connected to a PC), Insiders can go to:Settings > Update and Security > Windows Update > View additional updates and manually download these drivers. We are extending this experience so that it continues until the end of March.

(Note: this applies ONLY to the latest Fast Ring models, not 20H1).

How to Set Up and Use Google Drive Offline on Chromebook

On March 25th, Microsoft revealed Build 19592.1001 to Fast ring insiders, a build that adds tablet posture improvements and announces Amanda Langowski as the...

How to Download Paramount Plus Shows for Offline Viewing/Watching

How to Fix Memory Leak Problem on Chromecast with Google TV

How to Use Apple Fitness+ without an Apple Watch

How to Change or Adjust Download Video Quality on Netflix