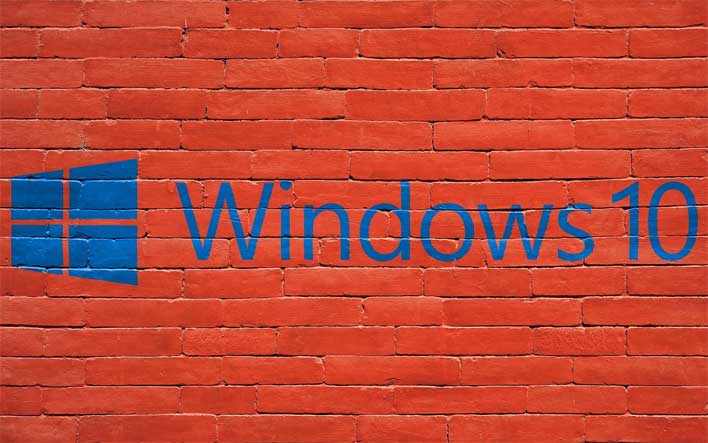 Microsoft has revealed Windows 10 Insider Preview Build 19536 to Insiders in the Fast ring, a build that brings Optional Drivers and Family group setup.

This Insider update also includes re-releasing of the updated Korean IME, adds improvements to Your Phone app, as well as other improvements, features and fixes..

If you’re a Windows Insider in the Fast ring, you can update to the Windows 10 Insider Preview Build 19536 by going to Settings -> Update & Security -> Windows Update and checking for the latest update.

In early November Microsoft announced that Windows insiders who chose Skip Ahead would be transferred back to Fast Ring to make the latest versions available to everyone at the same time in Fast Ring.

Microsoft continue to work to make it easier for you to see all optional updates (including drivers, feature updates and monthly quality updates without security requirements) in one place. When optional updates are found, they are displayed in Settings > Update and Security > Windows Update > Show Optional Updates.

You no longer need to search for a specific device to update for drivers. Updating Windows Update automatically keeps your drivers up to date, but if you have problems, one of these additional drivers can help you.

During the development process in the first half of the year, we started working on an updated version of the Korean IME as part of our ongoing efforts to modernize and improve your Windows typing behavior. Based on the comments we received, we decided not to provide them in 19H1, but to work on improving our experience. In version 19536, we have reissued the updated IME, as well as some improvements that help it work better with various applications.

Summarizing the most significant changes in the operation of the IME:

For those who are familiar with Korean when writing in Hanja language, we have a new selection window that uses modern management tools and a clearer print shop:

The new version of IME also includes an updated text prediction algorithm for entering Korean text using the touchscreen keyboard. Text suggestions must now be more precise and relevant to what you are writing.

Microsoft has family features that span multiple platforms, including Windows, Xbox and Android. Under Windows, you can customize your family settings, such as screen display times, content filters, questions kids should ask before buying, or even stay organized with a shared family calendar, OneNote subscription and Office 365 Home. If you share your device with a family, it’s easy to set up their family account to enjoy all these features.

With this configuration, we want to help customers configure their device so that it can be used by several people in their family. Although we do not publish an ISO for this compilation, some internal users who have restarted their PCs will see a screen asking who will use the device during installation. When they choose family members, we help them configure them as a family group when they are on the desktop so they are ready to start using all the features.

If you see this new page, let us know what you think by choosing Security and Privacy > Child Accounts and Family Settings in the Comment Center.

The photos have evolved. Watch and interact with your last 2000 photos!

We take a lot of pictures on smartphones. We heard our Phone application enthusiasts say they want access to more than 25 of their latest photos. Today, we are pleased to announce that we are working to counter this phenomenon by giving you the opportunity to see and interact with your last 2000 photos of the registration of your Android smartphone on your PC!

The phone’s Photo feature eliminates the need to send you photos. Just take a picture and see it right away on your computer. If you want to add the last photo to your email, paper or presentation, simply drag it to the right place. You can also easily share it with your family or friends, or save it directly to your computer by right-clicking on the image.

Try this new and improved feature and share your experience.

The phone’s screen function has been extended. In addition to supporting the keyboard, mouse and touch screen, you can now use the pen with a compatible pen to connect to any Windows 10 PC with touch screen and interact with your mobile applications during a session on your phone screen. Use the pressure sensitivity of the stylus to draw and write, as with the phone stylus, in pressure-sensitive applications. You can also move your mouse over the buttons, distinguishing between the pen and the finger.

This function is available for all Windows insiders under Windows from the update of October 10, 2018 and requires Phone Screen compatible devices.

We appreciate your feedback, so try to let us know what you think. You can report any problems on your phone > Settings > Send feedback or directly via the feedback hub.

Calls—Fifth hero feature, which is now gradually being extended to all users.

To receive such calls, you do not need to share attention between your phone and your computer. Touch your computer’s speakers, microphone and large screen with the “Your Calls” feature for a more complete experience. Easily transfer calls from one device to another, in complete confidentiality or while on the move.

Check out the official release page of this build from the Microsoft blog.

How to Stop Google Sheets from Rounding your Numbers

How to Fix Cellular Update Failed Error when Updating iPhone

How to Get the HBO Max, Showtime, Starz Bundle on Youtube TV for $30

How to Add Website Thumbnails in Google Chrome Browser

Google just made a big announcement that it's making its premium video conferencing service, Google Meet - free for everyone. The tech giant wants to...

Complete List of Books New in Public Domain this 2020

Here is a complete list of books that have entered the public domain this year 2020. In the US, copyright protection expires after 95...

Microsoft is rolling out Windows 10 Insider Preview Build 19569 to Insiders in the Fast ring, a build that adds new and evolved Windows...
Load more

How to Fix iPhone Not Receiving Texts from an Android Phone

How to Fix ERR_ADDRESS_UNREACHABLE Issue on Google Chrome Browser

How to Claim Ownership of Images on Facebook for Creators

How to Calibrate Apple Watch to Get Accurate Workout Tracking

Fix: The Process android.process.acore has Stopped Error on Android

How to Watch or Stream Hulu on Xbox 360, One & Series X/S Consoles