What is an XPI File and How to Open It? 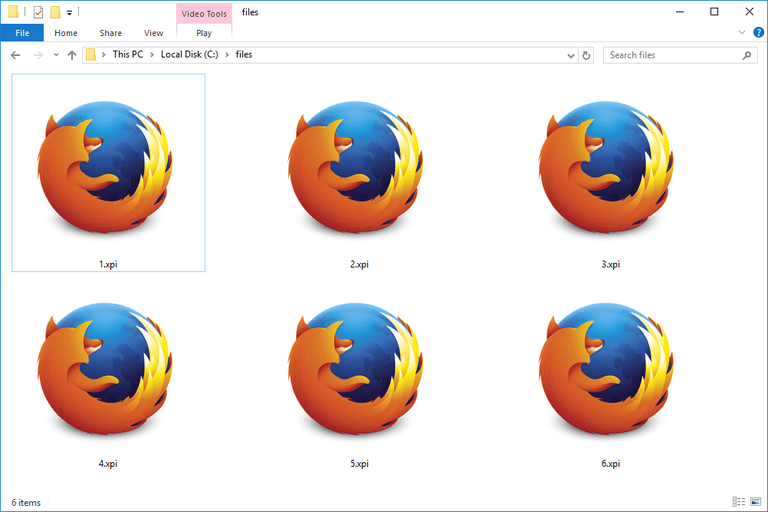 Do you wonder what an XPI file is all about and how do you use it? Well, you’re in luck as we will be talking about it in today’s post.

What is an XPI File?

A Cross-Platform Installer Module (XPI) file is simply an archive file used by applications such as Firefox, Thunderbird, and SeaMonkey – all under Mozilla. It a compressed installation file for a web browser plugin, extension, theme or Thunderbird dictionaries.

Apart from the actual software installation file which is usually packaged as a JAR file, an XPI archive also contains an install.js or install.rdf. These additional files contain the installation instructions.

Firefox allow you to install XPI (pronounced “zippy”) files by simply dragging and dropping the file onto an open web browser window. The Mozilla software uses a component called XPInstall, (which includes Mozilla installer script) to install the XPI packages. Once downloaded and dropped into an extension manager, the installation instructions contained in the XPI, is being read and executed by XPInstall.

How Can I Open an XPI File?

As we mentioned above, you need a suitable Mozilla software to open the XPI file. Most commonly, the Firefox browser is being used for this purpose.

If dragging and dropping gives you an error in installing an XPI file, try this:

How to Convert an XPI File

For some reasons, you might want to know if you can convert an XPI file to another archive format. Unfortunately, the answer is no. Other browsers have a similar archive file format for their extensions but these cannot be easily converted from one to the other as they are built using different algorithms and formats.

Chromium-based browsers such as Google Chrome, Brave, Opera and Microsoft Edge use CRX, while Safari uses SAFARIEXTZ. All these file extension archive file formats cannot be used to install add-ons in Mozilla Firefox. Same is true with the XPI, it cannot be used in those other browsers.

How to Create an XPI File

You can use any method to create a .zip file, which you can then rename to .xpi. It is important to note the requirement that only one compression method is supported – “deflate”, but files can also be added to the archive in uncompressed form.

Top-level files such as those that inside manifest.json (WebExtensions) or chrome.manifest and install.rdf must be in the root directory of the archive, not in the subdirectory.

To learn more on how to efficiently create XPI installer modules click here.

How to Subscribe and Get Apple Music Student Discount Plan

How to Soft or Hard Factory Reset your VIZIO Smart TV

When we want to search for something a bit embarrassing online and do not want others to find out about it, we launch the...

How to Delete Email Address from Gmail Auto-Complete List

Gmail's auto-complete list feature is helpful if you don't want to type the entire email address of the regular recipients when sending an email....

How to Claim Ownership of Images on Facebook for Creators

How to Rotate or Flip the Screen on your Chromebook Device

If you have a Chromebook device, one of the features that you may find amazing is the ease of access. Chrome OS allows you...
Load more

How to Create, Use and Manage Tags in Microsoft Teams

Use Google Duo for Video Conferencing and Ditch Zoom

How to Delete Downloaded Netflix Offline Content on Windows 10

How to View your Participants while Presenting in Google Meet Meeting

How to Export Passwords from Google Chrome in Windows 10

How to Fix Authentication Error on Nook e-Reader Device

Fix: The Process android.process.acore has Stopped Error on Android

Fix Links Not Opening on Slack

How to Fix Deleted Files Keep Coming Back on Windows 10